We are a family who love, believe and achieve together 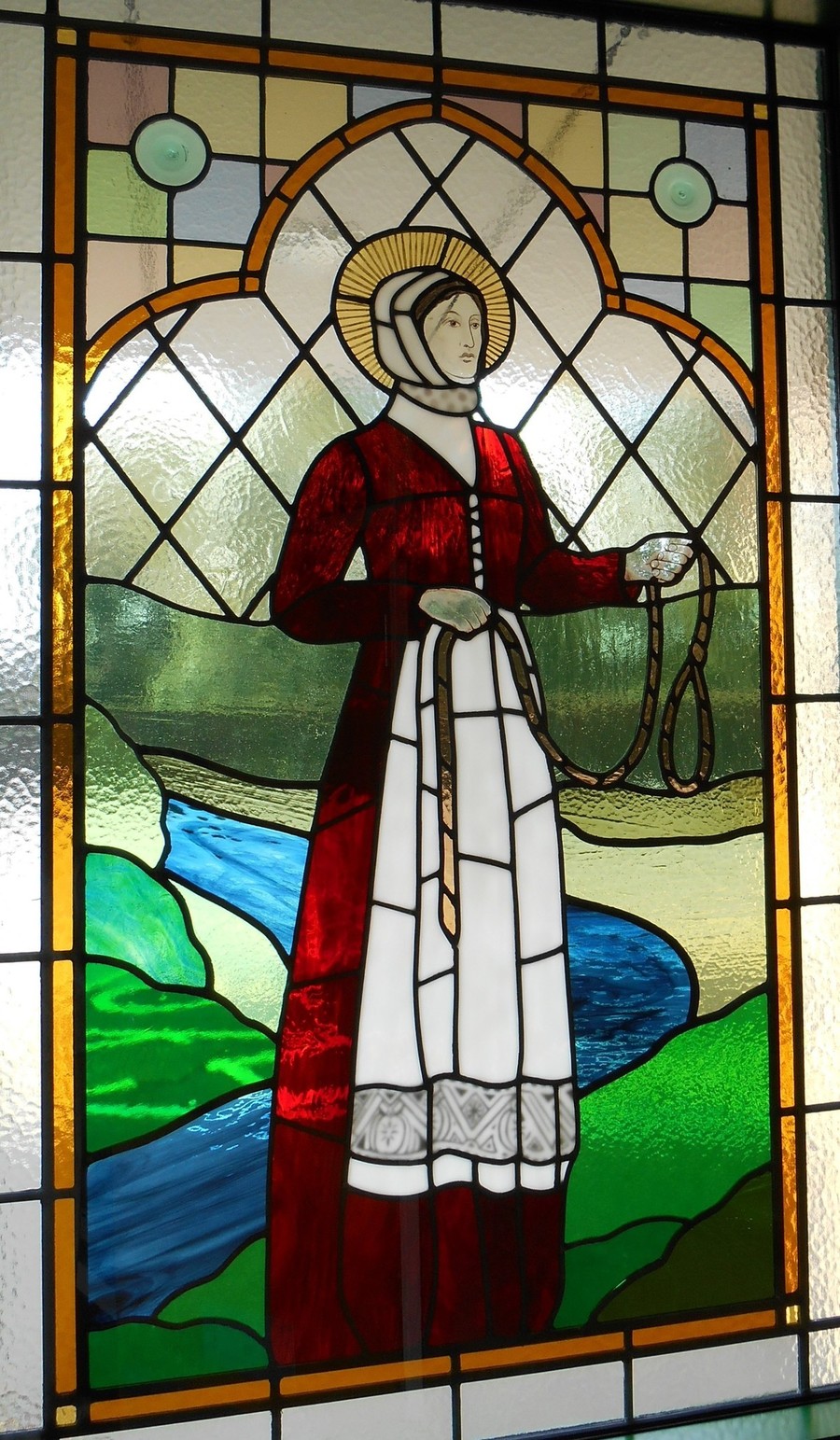 Margaret Ward was born in Congleton, Cheshire. While working in London she heard that a priest was imprisoned and by making friends with the gaoler's wife, she visited Father Watson and brought him food.

Eventually she smuggled in a rope and persuaded an Irish boatman, John Roche, to be ready to take the priest across the River Thames. Although the priest escaped, the rope was accidentally left behind and traced to Margaret.

She was imprisoned,questioned and tortured and offered her freedom if she would surrender Father Watson and convert to the Church of England.

She declined saying she was ready to lay down her life for conscience and loyalty to God and her Religion - she was condemned to death for felony and sent to Tyburn on 30th August 1588 for execution by hanging.

She is one of the Forty Martyrs of England and Wales. She was beatified in 1929 and canonised in 1970